Welcome to the October issue of Connotation Press: An Online Artifact.

It’s October, the one month in the year when kids dress up to join their friends with buckets in their hands and trick or treat at…the mall. And it’s the month of horrors, too. Haunted mansions are springing up all around our little community of Morgantown, West Virginia. Now, traditionally, magazines like to do an October issue that pays homage to the writers that like to leave us trembling under the sheets. Perhaps they even dress up their website with cobwebs and pumpkins and dastardly black crows. Not us. Ha! Do you really have any idea how hard it would be to produce a “Halloween” or “Christmas” issue? Yikes! Now that’s scary.

No, we here at Connotation Press are too busy vetting the kinds of stellar submissions that we’re thrilled to publish all year long. So with deference to Mr. Poe, Mr. King, Ms. Rice and all the great writers of the scary-word, I’ll break down our October issue.

It’s my great pleasure to announce that our Featured Artist this month is J. P. Dancing Bear. Poet, Founding Editor-in-Chief of The American Poetry Journal, owner and editor of Dream Horse Press, and radio show host of Out of Our Minds on KKUP 95.1 Cupertino, Bear has graciously given us an interview and five new poems. The poems are an exciting form he came up with himself, and he talks about that process in the interview. Additionally, each poem has an audio file attached so you can listen to the poems read by the artist. I had a great time interviewing Bear, and it was a true pleasure to meet him. I know you’ll be knocked out by this post.

A Poetry Congeries with John Hoppenthaler this month brings us a lovely assortment of poets and styles. John leads off this month with David Daniel. The post starts with a great interview and ends with some outstanding poems. I met David at Farleigh Dickinson last year for a reading and found him to be a very smart, kind, and generous artist. This interview and the poems that follow further demonstrate that fact. But of course John doesn’t stop there. Also in the Congeries this month are poems by Elizabeth Robinson, Alfred Corn, Dana Levin, Mark Jarman, Charles Fort, Lee Upton, Jeff Friedman, Chad Davidson, Rebecca Dunham, Sidney Wade, and Nick Lantz. Another superb Congeries. Enjoy!

From Plate to Palate with Amanda McGuire this month is a Potluck! Amanda put out a call for food related narratives and received some terrific and varied submissions. Thanks to everyone that sent in something for this event. Please check out work from Elisa Gabbert & Kathleen Rooney, Terri Griffith, Gregory Byrd, Jeannie Kindera, Arielle Greenberg, Anna Daly Kauffman, and Katherine Willis Pershey (who has unquestionably the cutest bio-pic on our site). One thing I love among many in From Plate to Palate this month is how nervous organizing a Potluck made Amanda, just like it would have in her personal life. But that’s why this column is so popular. Amanda is a what-you-see-is-what-you-get kind of grounded, humble person and we’re so glad she’s with us. Now, who brought the seven layer dip?

Delondra Williams is interviewed by Joshua Fardon this month in our drama column followed by her play, “The Skeleton Stories,” which will be running at Theater of Note in Los Angeles from October 1st – November 6th. I really enjoyed this play and I’ll be in Los Angeles during the run so I will certainly attend a performance. Ticket information can be obtained at Theater of Note’s website. If it's at all possible for you to go, I actively encourage you to attend.

Up next, Robert Clark Young brings Tina Barton to our creative nonfiction column this month. Tina's piece, "Aloha Skies," takes place in Hawaii and reminds us of the sacrifices that are made in the name of war. And Mark Brazaitis joins our fiction column this month with a poignant piece titled “In A Country That Doesn’t Exist”. Fiction editor Natalie Seabolt Dobson interviews Mark about his aesthetic as an artist, his influences, and his time as a Peace Corps volunteer. And don’t forget to come back on the 15th when we’ll have more fiction for your enjoyment.

Nicholas Baker’s Discovered column this month takes us to Istanbul. Nick’s column gets better each month, and he is in full force here. Join Nick, Freddy, and their “girlie friends” Gery and Rasha as they tour the Grand Bazaar, The Galata Bridge, the Haghia Sophia, the Blue Mosque, a haman, and Topkapi Palace. With a terrific set of images to accompany the post, you’re sure to enjoy Discovered: Istanbul.

Finally, my old friend and Wayne Thomas nominates his student David Roncskevitz for our featured undergrad column. David is a playwright, our first in the undergrad column, and his work will knock you out. This young artist has more potential than I can explain and we thank Wayne for bringing him to us. A great play by a great new writer. It doesn’t get much better than that.

Thanks again for your continued support of our magazine and the artists we are so fortunate to be able to bring you. And remember, Connotation Press accepts submissions all day every day so send us your art and we’ll do the rest. 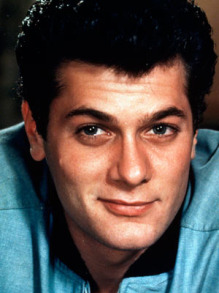 This issue of Connotation Press: An Online Artifact is dedicated to actor/painter Tony Curtis and comics Robert Schimmel and Greg Giraldo—three men that brought an enormous amount of joy to our lives through their take on art. Mr. Schimmel and Mr. Giraldo both died tragically and far too young, and at 85 Mr. Curtis did, too. May the road rise up to meet you, gents. Rest in peace.